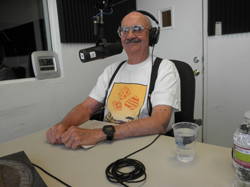 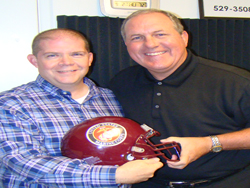 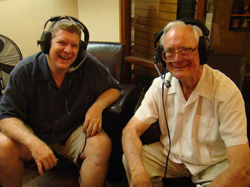 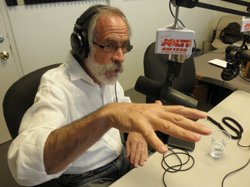 This week Fred and Jeff hang out with Joaquin Ruiz, Dean of the University of Arizona College of Science!

This is a wonderful discussion covering…

Geotourism ~ an effort spearheaded by the College of Science to promote the region we live in as an extraordinary place of biodiversity and a number of “wonders of the world” that cannot be found anywhere else.

Sense of Place ~ a component of Geotourism consisting of ad hoc trips upMt.Lemmonlooking at the diversity of the ecology and plant life while climbing up the mountain.  Did you know…there are 3,000 plant species on Mt. Lemmon, while there are only 5,000 plant species in the entire continental United Stateseast of the Mississippi?

Downtown Science ~ a new science museum being planned for the Rialto Block downtown.  TheCollegeofScienceis providing the content and the first show will focus on our excellence in planetary sciences and will be called Mars and Beyond.

College of Science Lecture Series~ this series began 7 years ago.  They are held at Centennial Hall on 6-7 consecutive Tuesdays in the spring.  They are a huge attraction and it’s clear there’s a big audience in the community who cares about science.  This years’ theme is “Living to 100.”  It is going to cover aging, ethics in medicine, robotics, etc.

The Music Under the Stars Show »
« The Sowing the Seeds Show